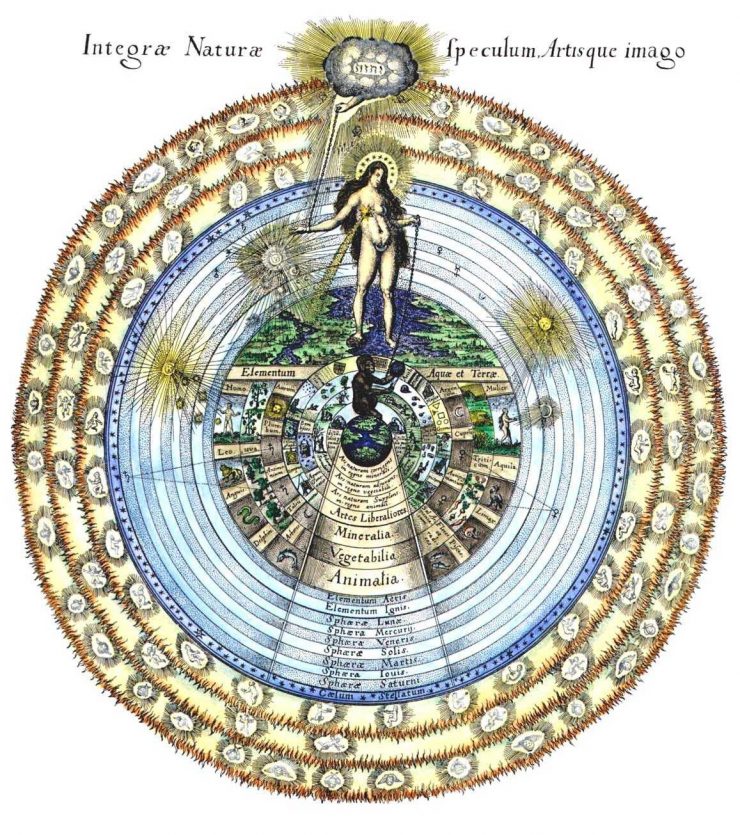 Last week NASA announced the discovery of seven Earth-like planets orbiting “Trappist 1”, a dwarf star only 39 light years from here. “Earth-like” doesn’t mean anyone has seen continents and oceans, just that the planets have about the same mass as Earth, and are therefore almost certainly made of what we would consider ordinary stuff: rock, ice, water, metals. Also, at least some of them probably have surface temperatures we might survive.

Since the Copernican revolution of cosmology Earth has been known to be just one of several planets orbiting the Sun, and the Sun itself to be just a star among many others. Given this framework, many have speculated and expected the existence of planets orbiting other stars. But observations of them is a new and wild accomplishment of high technology and advanced tweaking, with Earth-size planets still on the very edge the capacity – only possible in special cases when orbital planes happen to coincide with viewing angle. Finding seven in one system is an unexpected feast. There are several reasons why dwarf star systems like Trappist 1 may turn out unable to host life, yet at the very least this new find gives a strong symbolic expression for a trend emerging from many recent observations and theoretical models: earthlike planets are anything but uncommon. With all likelihood there are tens or hundreds of billions of them just in our own galaxy, many of them within “habitable zones” around stars similar to the Sun. On top of that there’s all the other galaxies, recent estimates say a few hundred billions in the observable universe. So as we know it today, the cosmos is likely to hold something like 100.000.000.000.000.000.000 Earth-like planets. Give or take a zero or two, depending how exactly earthlike you want them.

This kind of number – I wonder how many of you share my ambiguous feeling about it? On one hand, the enormousness may trigger a moment of cosmographic euphoria or awe where you produce the largest vision you can, and then give in to the realization that it is radically insufficient. On the other hand, the colorlessness and meaninglessness of a number. Imagine for a moment that we knew for a fact that there was no life in any sense, no suffering or happiness or anything like it, on any of all those planets – would they be “worlds” at all? Would their existence make any difference at all? Or perhaps even: would it be existence?

If there is something deep and interesting here, it seems that it must be something beyond size and numbers. Some way that a contemplation of the cosmos, assisted or guided or enhanced through new scientific points of contact, touches something to do with what life is about.

But how to get to such a heart of the matter? One way people have tried to boil this down to philosophical essence is the discussion of two “Cosmological Principles”.

The first principle is pretty much the backbone of the number game we just played. It is the idea that our place in the cosmos is not special. It is sometimes associated with the the Copernican model of the cosmos that famously gave up the privileged position of the Earth – and with it, of course, us humans – at the centre of the universe (where we used to be sitting in the older, geocentric, Ptolemaic cosmology, illustration). In Copernicus’ new Sun-centered picture, Earth became just one planet among others. Of course this was soon to be followed by other shifts where scientific theories would undermine many kinds of special position or privilege of the human. This first principle, sometimes called the Copernican cosmolgocial principle but most often simply “The Cosmological Principle” can be put very simply: Our position in the universe is not special.

This principle has been used by Einstein and many others, to argue that observations can be trusted to reveal general features of the universe, that is, not just local features of some special region attached to us. Clearly we are looking from inside a solar system inside a galaxy, so it will take some degree of “zooming out”, but at some moderate degree of zooming, there should be no difference between, say, the density and distribution pattern of galaxies in one part as compared to others of similar size elsewhere. Used like that, it is taken as a rational intuition and necessary assumption before observation can begin. Sometimes the first principle is also used the other way round, as a prediction that should be testable.

Surprisingly, tests of the principle may be failing. Recent observations and analyses show structures – that is, uneven distributions – on a very large scale, in fact so big that they seem to contradict the Cosmological Principle – in particular, the biggest one identified at all, the recently discovered Hercules-Corona Borealis Great Wall. Because it is unexpected and counter-intuitive, it should perhaps be at least as philosophically interesting as the confirmation of the centuries-long expectation of earthlike planets. But clearly it does not command the same power of fascination. A planet is directly meaningful as a world, at least potentially. Perhaps we even still carry a faint echo of the Ancient idea that planets are a kind of persons – expressing a general idea of “anthropomorphism”, human-like nature of nonhuman things.

The so-called Anthropic Cosmological Principle (ACP) is the first principle turned inside out, in a certain sense. As the name says it starts with anthropos, the human, and makes its (our) existence a fundamental premise for the architecture of the cosmos. Therefore our position is not just a little bit special – in contrast to what the first principle says – it has a uniqueness and privilege that entails rules and distributions of all kinds of other things. For example, the principle points out that a very specific kind of physical environment needed in order for “us” to evolve and exist. In a theoretical physical context, considering all the kinds of conditions that apparently might just as well have been the case – all the possible universes (some imagine that they are actually “there” in some hyper-reality containing billions of cosmos’es like books in a library) or all the possible variations of natural laws and constants – the ACP is the realization that the cosmos seems to be finely tuned to the requirements of us. This is sometimes formulated in a “weak” form, as a passive selection principle: given that a large variation of natural constants and initial conditions may exist in a multitude of possible universes or compartment of universes, it is no wonder that we experience the special one that is needed for us to exist. In other, “strong” versions, the ACP is thought of as some kind of active principle that somehow shapes or actively brings about the physical conditions needed for such a thing as us to arise.

In the weakest forms, ACP is no more than the realization that our near environment will not only be “typical” but particularly life-supporting. In its strongest forms, it goes all the way up to (re) installing a classical creator God, in the form of the great engineer deliberately designing the cosmos that will bring us about.

The two principles have something in common even though they are often seen as opposites. They start from the extremes, the inorganic end-points. More precicely, the Copernican Cosmological Principle starts out from a notion that the nature of time, space, energy and stuff have a settled, stable and therefore at some level balanced and symmetrical nature. Somehow, as if by accident, our position arrives out of that, as nothing special – something that happens with some given frequency, give or take a few zeros. The Anthropic Principle starts from the opposite side, so to speak, from a notion that OUR nature – whether it be consciousness, intelligence, spirit or something else in that neighborhood – is a well defined state of affairs and arrives at necessary structures of a cosmos that can host us. Philosophically I suspect that these two strategies are not only doomed to fail, but tend to miss all the fun, because life dances in the middle. Perhaps it is dancing, engaging, embodied processes in the middle that shape the polarities of the mind-like and the matter-like. 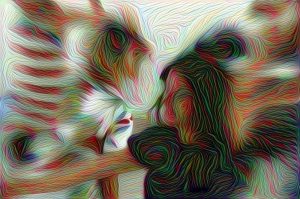 Such ideas of dancing cosmos – of “relational process ontology”, understanding things in terms of movement and change rather than solid things and stable underlying spaces – have been developed in great detail by a handful of great philosophers including Whitehead, Hegel, Schelling and Bergson. I think Buddhist thought, notably Nagarjuna, is deeply resonant with this dynamic understanding too. At one point I wrote a Ph.D. thesis about process thought and it s ramifications, you are very welcome to plunge into it here. I will also try to extract more of its main points into this blog. More to follow!